Age is but a number to the Club’s newest crop of philanthropic talent. But what drives the youth of today to lend a helping hand?

No masks. No hand sanitizer. Just ahead of Tokyo’s state of emergency in April, stores throughout the capital had been picked clean of healthcare necessities.

To compound matters, opportunists were hoarding supplies to resell them online at inflated prices. For some, the coronavirus pandemic was a chance to profit off uncertainty and unease.

For David Bass, it was an opportunity to give back.

“I was just, like, ‘If [hand sanitizer] is so scarce, why don’t people just make it?’” the young Member recalls. “I thought it was kind of common sense. I was surprised no one was doing it.”

The American School in Japan (ASIJ) senior went straight to the World Health Organization website, which lists simple recipes for hand sanitizer along with easy-to-follow pictorial instructions. From there, Bass, 17, ordered the necessary isopropyl alcohol, hydrogen peroxide and glycerol (along with an array of plastic bottles) from online shops and set about measuring, mixing and pipetting. 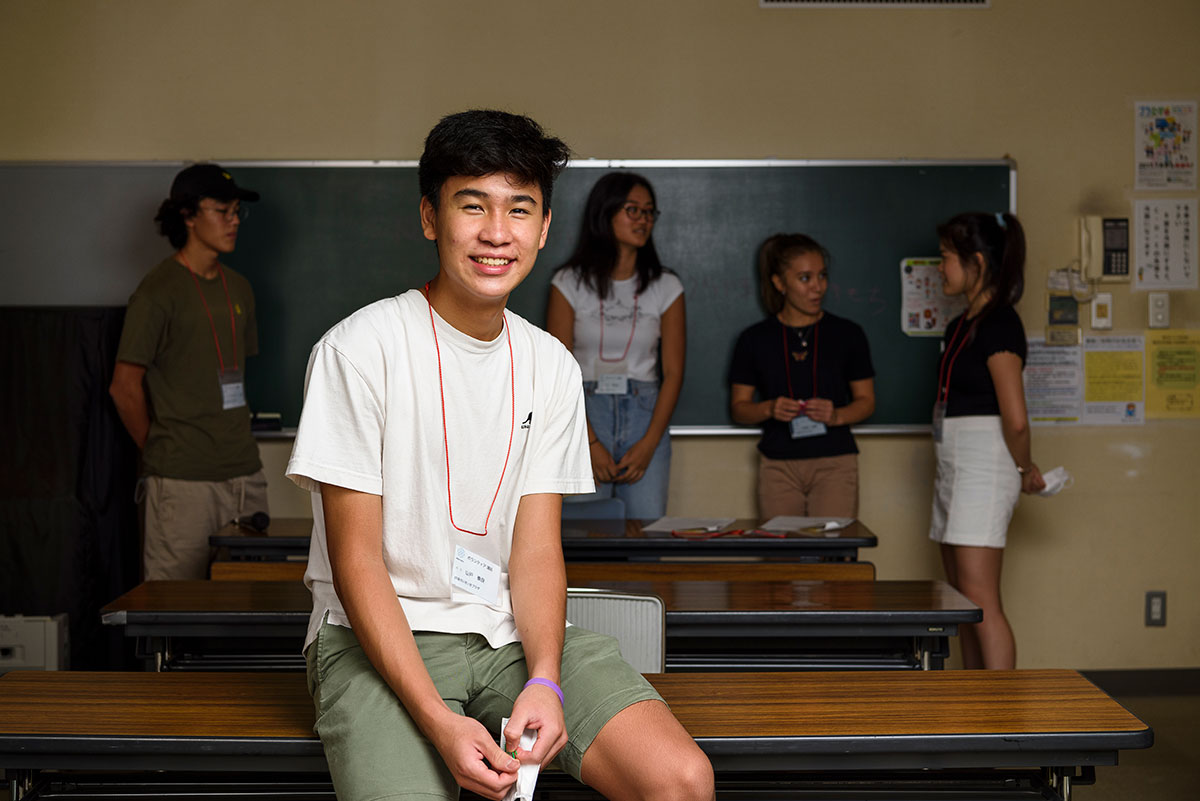 “I had beakers and all the ingredients on the dinner table,” Bass says of the early days of Bass Handcrafted Sanitizers, the nonprofit company he now runs alongside a crew of fellow ASIJ students, including Julie Iverson. “Before my mom [finished cooking], I had to get it all done.”

“Initially, he was delivering [hand sanitizer] on bike to people he already knew,” says Iverson, 17, who was Bass’ third-ever customer and who now manages the organization’s outreach efforts. “Now we deliver to people that really need it and are more at risk.”

Still going strong months after the lifting of Tokyo’s state of emergency, the students’ efforts are an example of the philanthropic spirit that grips more than a few young Members. It’s not all about gaming and sharing videos on TikTok for the Club’s teenage demographic. Many devote hours of their free time to projects benefiting the community.

Today, Bass and Iverson ship orders of their sanitizer across Tokyo to paying customers for a nominal fee, as well as gratis to charities. Any income they make is reinvested in the organization’s operations. Instead of the Bass family dining room, a more spacious lab classroom at ASIJ is used for bottling.

And when they find time away from schoolwork and extracurriculars, the fresh-faced volunteers take to the streets in Tokyo’s less-affluent neighborhoods to donate sanitizer directly to those in need.

“The people in Minami Senju are really, really thankful because I think they’re genuinely really poor,” says Bass, sitting alongside Iverson in the Club one recent Sunday morning.

“The international community in Japan can be such a bubble,” adds Iverson. “It’s kind of nice and educational to step out of it once in a while and really understand what’s going on.”

The benefits of volunteerism are evident to those on the receiving end, but benevolent-minded kids also reap the rewards. A 2018 University of Wisconsin study concluded that volunteering during adolescence can lead to greater success in postsecondary schooling and inflated career earnings later in life.

According to a recent survey in Britain, volunteering rates among 16- to 24-year-olds in the country have jumped from 30 to 40 percent since 2018.

“Securing a place at university or future employment is only aided by having some sort of volunteer experience and so potentially this is causing the upsurge,” says Joe Saxton of the consultancy that conducted the survey.

Researchers at the University of Wisconsin also discovered that “youth volunteering was associated with improved psychological well-being well into adulthood.”

Turns out nice guys and gals don’t finish last, after all. 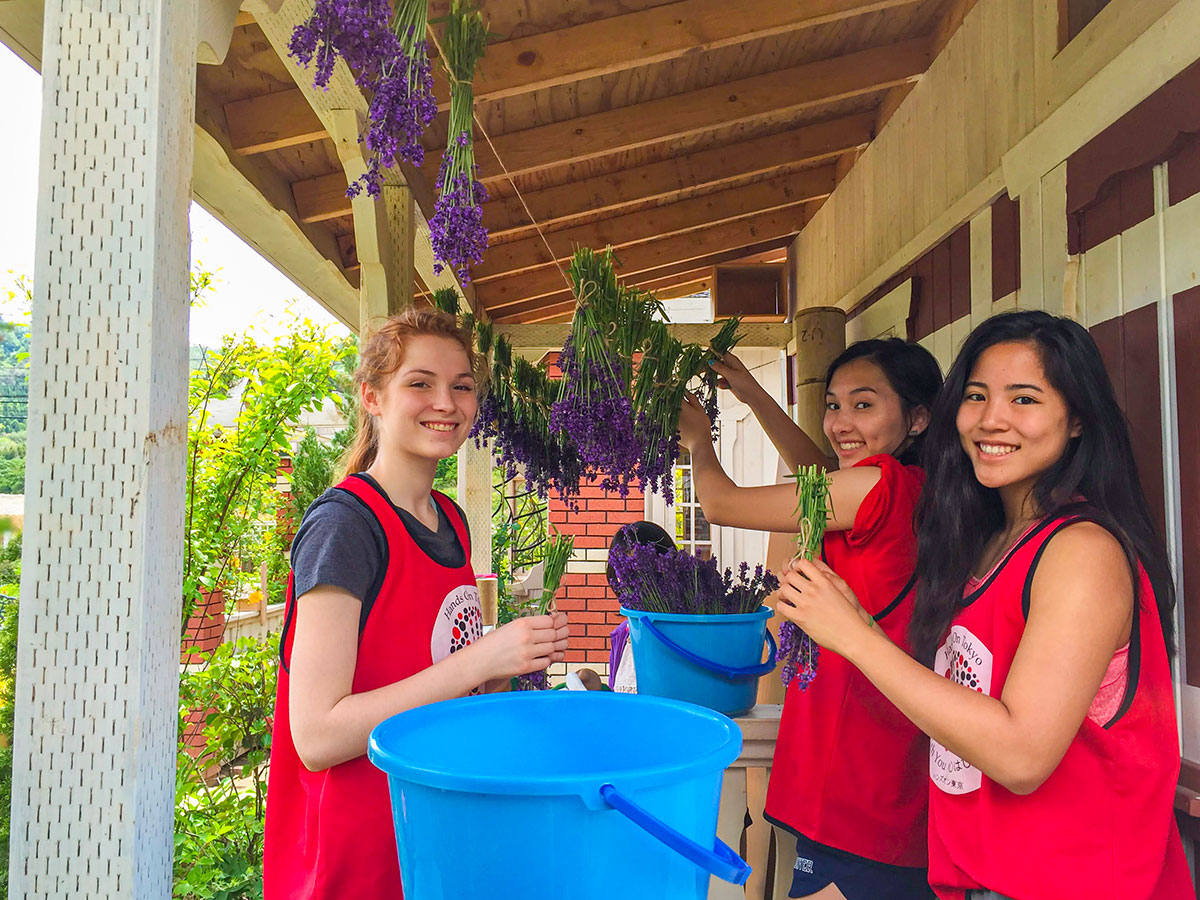 “If I never volunteered, I would have a lot more of a narrow scope on how different people are and how differently people function,” says Jennifer Higa, 22, on her years of helping those with disabilities through the local nonprofit Hands On Tokyo. “Having that human connection with other people outside [friends and family] is really important.”

Having recently graduated with a degree in cognitive science from the University of Pennsylvania, Higa is already off to a running start in her professional life at a software development startup outside Washington, DC. But she hasn’t left her volunteering experiences entirely behind.

“What I want to do is apply those [professional] skills just in order to make life a little easier,” she says of her plan to one day create digital resources for people with disabilities.

Some people start down the path of philanthropy propelled by the simple desire to embrace something new. 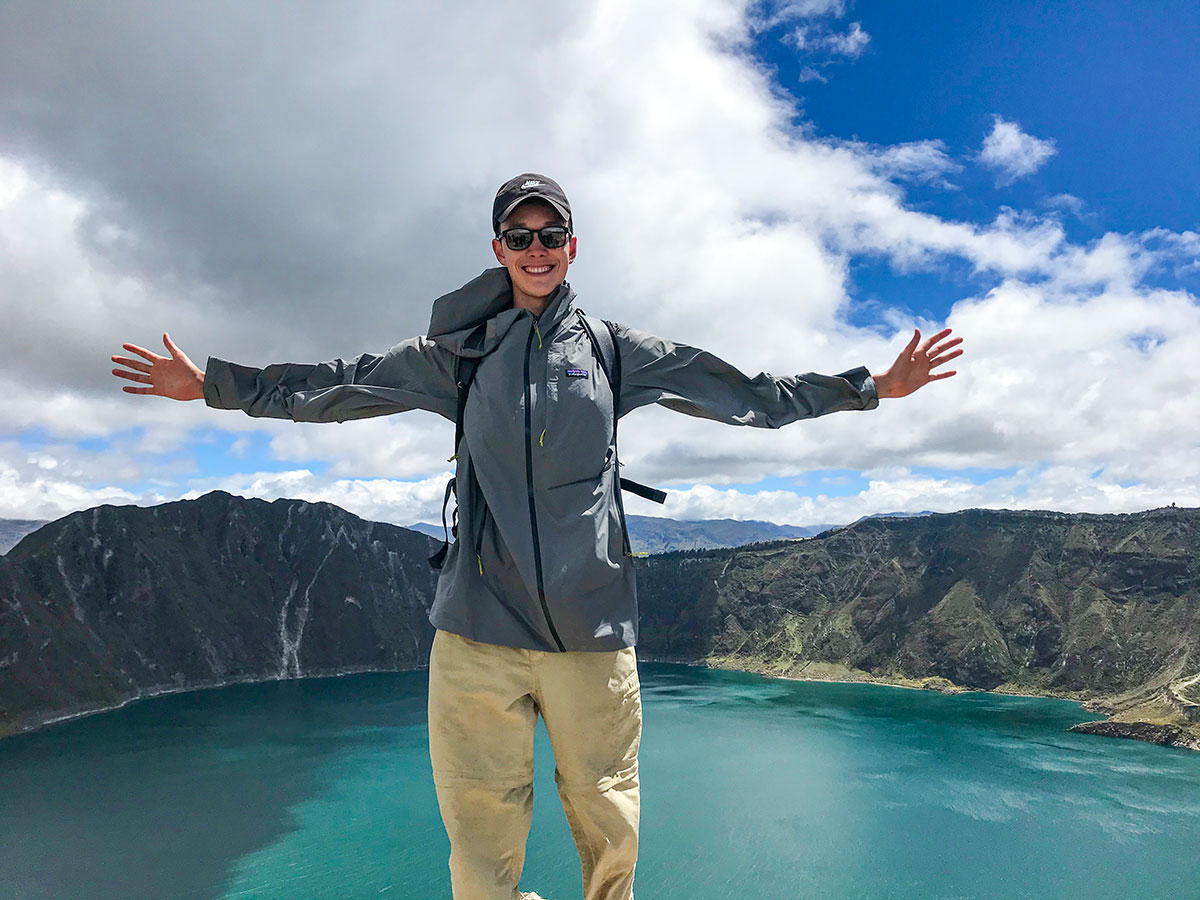 “I really wanted to take a break from the typical academic path,” says Christopher Sasanuma, 20, of his gap year from Tufts University in Massachusetts. “A big motivation for me was to just lean into discomfort.”

That hardship for Sasanuma was an eight-month stay in Cuenca, a small city in southern Ecuador. He spent his days cramming Spanish and volunteering at a care facility for adults with special needs. Sasanuma had no experience with either before stepping off the plane and being away from his family and friends in such an unfamiliar environment proved difficult at times.

But that was part of the reason why he chose to volunteer in the first place.

“I really learned to not shy away from difficult emotions,” says Sasanuma about pushing through moments of loneliness and homesickness to focus on the benefits of his work in South America. “Now I understand what I can get out of myself.”

So, too, does Member Masao Kawasaki, who volunteered with an organization constructing solar panels in rural Philippine communities.

“Just go for any organizations or projects that seem interesting,” advises Kawasaki, who turns 20 this month. “Organizations are always looking for passionate people to come and help out, and age shouldn’t be a barrier to that.”

For many, charity starts closer to home. Member Tyler Yamato-Chang, 17, has been donating nothing more than his time to help teach English lessons to senior citizens at a community center in the Tokyo area of Shirokanedai. Once a junior member who simply chatted with students, he now coordinates a cohort of ASIJ student volunteers.

“Before the quarantine protocols, it was maybe 45 to 60 people in one classroom,” says Yamato-Chang, who also oversees the necessary safety measures to protect students and teachers. “It became so popular that the community center had to make it into a lottery system [to select students].”

“It’s a great experience,” he says. “I wanted to get to know more about the community and help out where I’ve been living my whole life.”

The only challenge, Yamato-Chang says, is a shortage of volunteers. With graduation looming, he wants to ensure the long-running program continues to serve the community.

Judging by the aspirations of the current generation of youngsters, recruitment shouldn’t be a problem.